back to search results

Occupying a prehistoric site and possibly dating back to the 6th century (an Early Christian graveslab lies among the ruins), this fragmentary group of two medieval churches and two surviving chapels is one of the most important religious sites in the Outer Hebrides. It became an important seat of learning during the Lordship of the Isles and was the burial place of the Clanranald chiefs after the Reformation.

By the end of the 17th century the buildings were probably ruinous. Several burial enclosures and the kirkyard wall, mid-late 19th century. 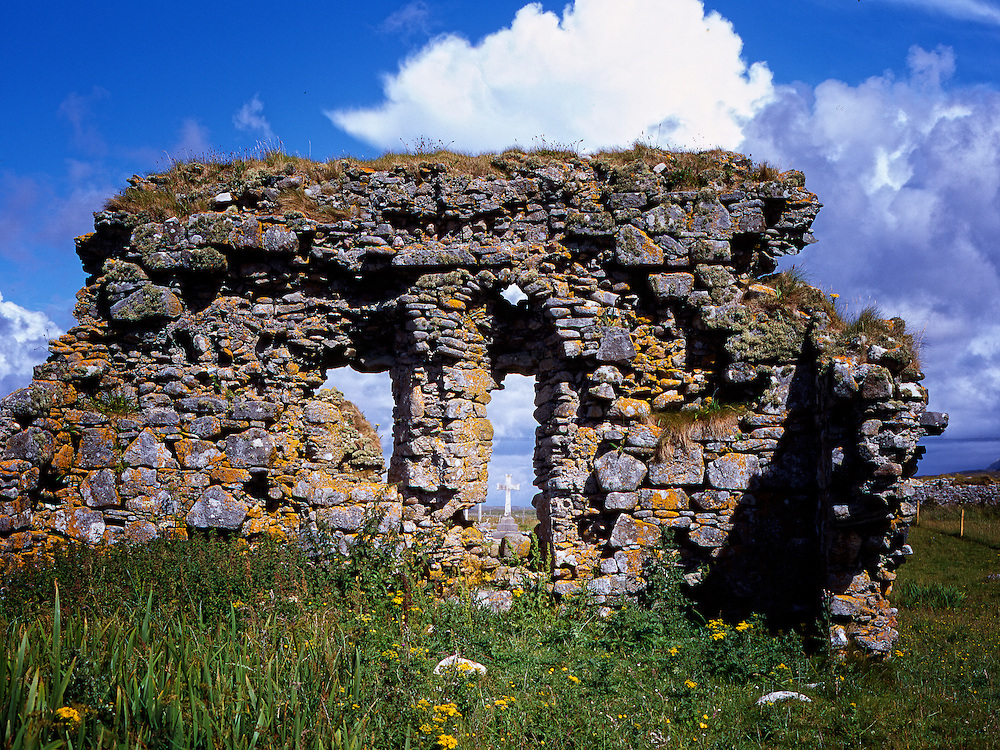