back to search results

The Eilean Bån Lighthouse is situated between Kyleakin on the Isle of Skye and Kyle of Lochalsh on mainland Scotland.

Eilean Bàn means White Island is a six-acre nature haven nestling below the Skye road bridge that spans between the maninland and the Isle.

The island was originally home just to the lighthouse keepers and their families, it later became the residence of the author and naturalist, Gavin Maxwell.

When first built the light itself was fuelled by sperm whale oil, and displayed a central white beam flanked by a red and a green beam.

The lighthouse was finally decommissioned in 1993. The channel into Loch Alsh was then marked by the large red and green buoys that can be seen running east and west from the lighthouse. After decommissioning the lighthouse was denoted as a day mark, which means that it remains a landmark that it is used for navigation during the day, and must therefore continue to be kept in good condition.

This photograph is a monochromatic view of Eilean Ban Lighthouse, looking across to the Isle of Skye. The photograph can be purchased as print, mounted print in frames, canvas or aluminum or as a digital file. 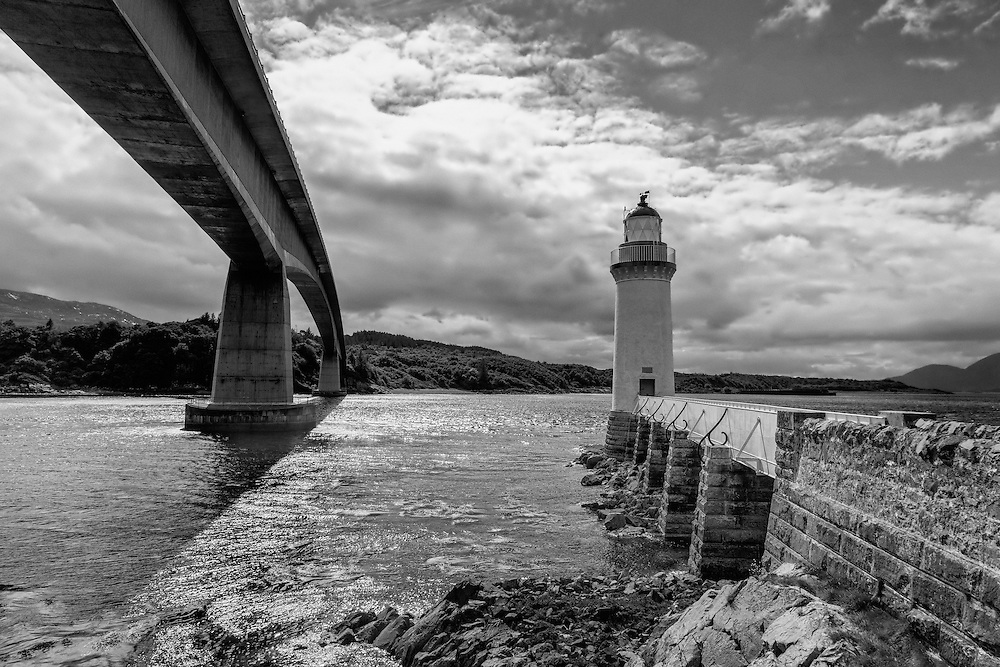