This photograph is a monochromatic version of the view of Eilean Donan Castle close to the brifge gatehouse. The photograph can be purchased as print, mounted print in frames, canvas or aluminum or as a digital file. 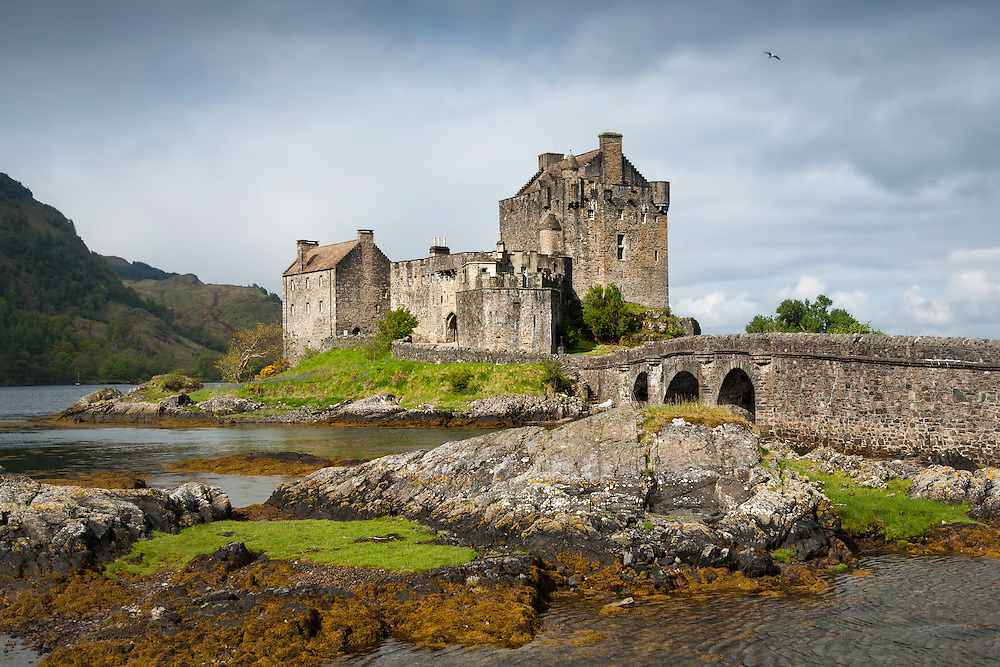