This photograph is a monochromatic version of the view of Eilean Donan Castle from the south, on Loch Duich through to Loch Alsh. The photograph can be purchased as print, mounted print in frames, canvas or aluminum or as a digital file. 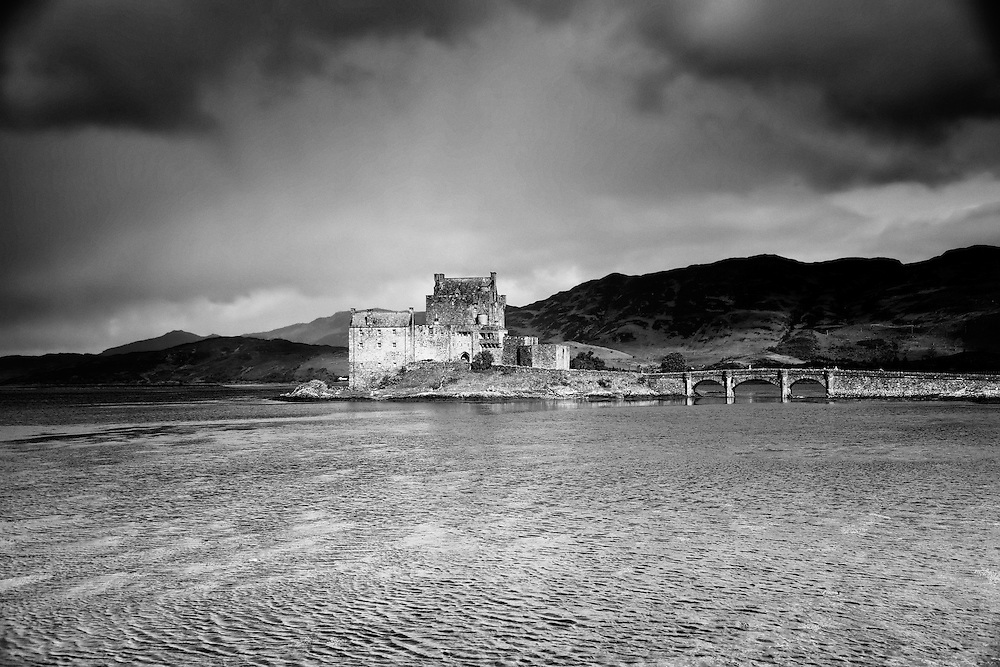